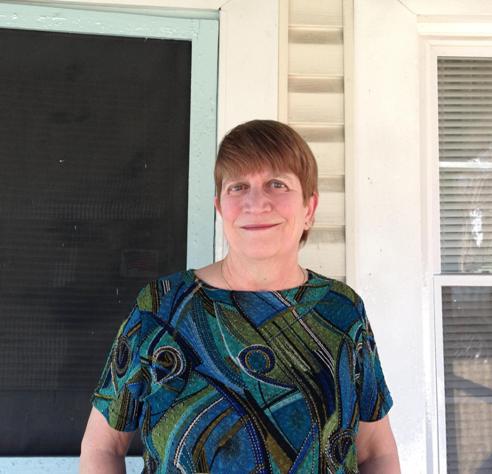 This 1920s, 800 square foot home in Roanoke’s Riverdale neighborhood was originally a two-room structure that has been expanded with two small additions. The roof and front porch were modified in the early 1980’s by Total Action Against Poverty (TAP) and mechanical equipment was updated in 2006. Fast forwarding to 2012, high energy bills, dust and drafts prompted the homeowner to contact the Community Alliance for Energy Efficiency (cafe2). Retired and on a fixed income, the rising utility costs were a big monthly dent in the budget. Through cafe2, the homeowner learned about the team at Better Building Works, LLC (BBWx).

Blower door readings during the assessment showed air leakage eight times greater than the recommended rate – equivalent to a three square foot hole in this small home. We also observed missing drywall with exposed vinyl siding to the interior of the home, unsealed ductwork, faulty insulation, large gaps in the air/thermal envelope and old, ineffective windows. The stack effect was drawing unhealthy air from the crawlspace into the inside of the home during the winter, and dry, dusty air from the attic during the summer.

The energy retrofit team first addressed air sealing at exterior doors, attic, crawlspace, windows and other thermal and air bypasses. We also repaired a roof leak at a decommissioned flue. The mechanical duct system was sealed and insulated. The attic and underside of the main floor was then properly insulated to Energy Star standards, and a vapor barrier was installed to cover the floor of the crawlspace. New Energy Star qualified Marvin Integrity windows replaced two old, inefficient metal windows, one of which was blocked with plywood and an inefficient window air conditioner.

In addition to lower utility bills and a comfortable, healthier home, the retrofit team brought light and views into the kitchen and pantry. Work was completed in accordance with cafe2 and Energy Performance Score Guidelines, and the homeowner noticed an immediate improvement. Financing in the form of a five-year stepped forgivable loan was provided by the Federal Home Loan Bank and Freedom First Credit Union.

The Simmons Family can anticipate more than $300 per year in annual energy savings. The ROI for air sealing measures was greater than 20% and an immediate financial benefit was realized when the homeowner decided to refinance her home: because of the excellent quality of the energy efficiency retrofit, the home’s value increased. The improved Energy Performance Score will also be part of the MLS (Multiple Listing Service), should the client want to sell the home.