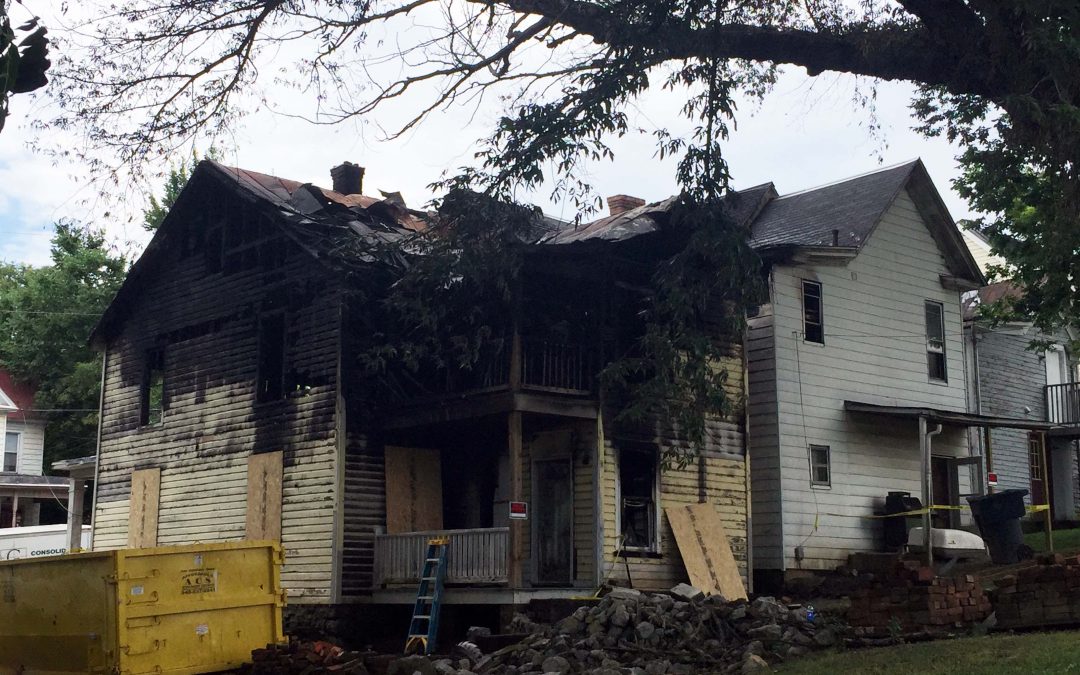 This image of a house struck by lightning reminds us of the awesome power of Mother Nature. Easily enough power to explode a metal roof and set a house ablaze in a mere instant. But for all her raw power she is still subject to the Laws of Physics. Since fire and lightning are forms of energy, they are influenced by the same mechanisms that influence energy loss in a home. If you look at the wall of the house on the left hand side of this image, you can see a clear line where the fire stopped moving down. This is a great visual of the Neutral Pressure Plane in a house! 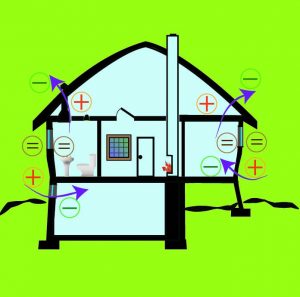 The Neutral Pressure Plane is a product of the Stack Effect driven by the Laws of Physics. High pressure goes to low pressure creating a chimney effect in buildings where Air/Energy/Fire is drawn in through the bottom and out through the top of the building. In the middle of the house, right between the areas of high and low pressure is the neutral pressure plane. Not a lot happens here, especially between the interior and exterior of the house, because there is no pressure difference that would cause a transfer. Since the Neutral Pressure Plane is typically located around the middle of your walls and so are your windows, replacing your windows will NOT decrease your energy bills.